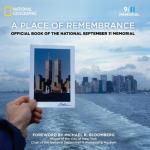 Get Impact of 9/11: the Day That Changed American History from Amazon.com
View the Study Pack

This student essay consists of approximately 3 pages of analysis of Impact of 9/11.

Impact of 9/11: the Day That Changed American History

Summary: The events that occurred on 9/11 have undoubtedly modified American history. After the attacks, the people of the United States led a different life. They left their comfortable spheres and realized that they were not invincible, fully supported measures that were taken to secure what they had. Freedoms were lost, freedoms were preserved, but overall it was a war that was invoked.
Impact of 9/11: The Day That Changed American History

Few events throughout the history of the United States of America have significantly altered its path. The attack on Pearl Harbor was one of these days, where the American public was dumbfounded and the country officially entered World War II. But the most recent attack on the American way of life occurred on September 11th 2001. On this tragic day, two planes crashed in the World Trade Center causing the two towers to collapse, one plane crashed into the Pentagon, and one plane was found in pieces on the ground in Pennsylvania. This day marked unfounded change in the society. People extended their arms to help, yet had their rights limited. There was a war declared on terrorism, and the economy suffered drastic losses. The attack on September 11th was one that shook the foundations of America in all aspects,

More summaries and resources for teaching or studying September 11, 2001 attacks.

Impact of 9/11: the Day That Changed American History from BookRags. (c)2022 BookRags, Inc. All rights reserved.