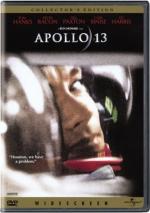 Get Leadership on Apollo 13 from Amazon.com
View the Study Pack

This student essay consists of approximately 4 pages of analysis of Leadership on Apollo 13.

Summary: Eugene Kranz can be awarded the credit for saving the Apollo 13 spacecraft following an explosion on board that nearly resulted in catastrophe. Serving as the head of the flight mission at Mission Control in Houston, Kranz executed careful planning, stellar leadership skills, the ability to delegate, and task efficiency in getting the astronauts home.

On April 13, 1970, NASA's Mission Control heard the five words that no control center ever wants to hear: "We've got a problem here." Jack Swigert, an astronaut aboard the Apollo 13 aircraft, reported the problem of broken down oxygen tanks to the Houston Control Center, less than two days after its takeoff on April 11th. Those at the Control Center in Houston were unsure what had happened to the spacecraft, but knew that some sort of explosion had occurred. This so-called explosion sent Apollo 13 spinning away from the Earth at 2,000 miles per hour, 75 percent of the way to the moon. In order to get the astronauts back to the Earth's atmosphere would be to utilize the moon's gravitational pull and send them back towards home, like a slingshot. However, this procedure would require three days, and...

More summaries and resources for teaching or studying Apollo 13.