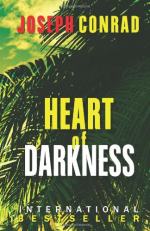 Get Colonialism in Modern Prose from Amazon.com
View the Study Pack
View the Lesson Plans

Joseph Conrad
This student essay consists of approximately 3 pages of analysis of Colonialism in Modern Prose.

Summary: Joseph Conrad's novel Heart of Darkness and E. M. Forster's novel A Passage to India both serve as condemnations of the process of colonialism, which reached its peak during the nineteenth century. Deeply disturbed by the improper treatment of the natives in the colonies, Conrad and Forster provided striking descriptions in their novels of the harsh, unjust reality of colonialism.
Colonialism

Is it not possible to discuss colonialism in modern fiction and avoid mentioning such great writers as Joseph Conrad and E M Forster, and their masterpieces: "Heart of Darkness" and "A Passage to India." They were both deeply disturbed by the influence that the superior alien culture had upon the native one. They also presented the profoundly disturbing effects upon the colonies by their presence in a different culture, even though they thought themselves superior to that culture. These two works are an extreme criticism in the process of colonialism.

Colonialism reached its peak at the end of 19th Century. But the 19th Century also saw development of a serious debate in Britain about the status of colonies. A quite popular view was that once the governing power had established a stable and humane system of education, trade and administration, it was under the obligation to withdraw...