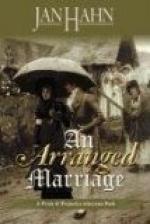 Get Arranged Marriage in Korea from Amazon.com
View the Study Pack

This student essay consists of approximately 3 pages of analysis of Arranged Marriage in Korea.

Summary: Despite the rapid changes of that have taken place in Korea as a result of modernization, many people rely on matchmaking to find their perfect partners, and the popularity of arranged marriages in Korea has steadily increased. A comparion of the ways in which Korean people select their mates then and now reveals that matchmaking in Korea today is a modernized form of traditional matchmaking.
Matchmaking in Korea

¡°Who will I marry?¡± ¡°When will I get married?¡± What kind of a person do I want to marry?¡± When faced with questions about marriage, young Koreans want to get help from marriage counselors and matchmakers. With the help of marriage consultants, Koreans hope to meet someone who will satisfy them and often end up getting married through arranged marriages. Popularity of arranged marriages in Korea has steadily increased since the past. If one looks at matchmaking in Korea chronologically, one will see the role modernization plays in shaping the younger Koreans¡¯ outlook on matchmaking and understand that the present matchmaking is a modern version of traditional matchmaking.

With modernization, Korea faced many changes in social and economic spheres that gave people more freedom and independence. Firstly, change in social structure, namely patriarchic system, contributes to this growing independence among Koreans. Under...

More summaries and resources for teaching or studying Arranged marriage.