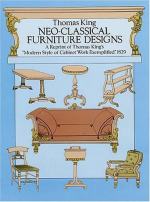 This student essay consists of approximately 2 pages of analysis of Pride in Ancestry in "Borders".

Pride in Ancestry in "Borders"

Summary: The mother in "Borders" by Thomas King reveals her pride in her American Indian heritage when she refuses to acknowledge herself as American or Canadian at a border crossing.
The short story Borders written by Thomas King tells about a worried mother that has pride in her culture and values where she comes from dearly. She resides in a native community. This intriguing story entails a woman who displays strong feelings towards her ethnic background. She is a member of the Blackfoot tribe and when she has to declare her citizenship at the Canadian-American border, she persistently presents herself as "Blackfoot." (King pg 169). Despite the anger of the national guards and the potential threats of arrest and detainment, she neither identifies herself as Canadian nor American.

"Purpose of your visit"

"Blackfoot" my mother told him

Borders sows identity between the mother and daughter; induces a sense of interweaving of the proudly static mother .We see how the mother is proud of being a Blackfoot. Thomas King uses many ways in revealing characters, either through words, descriptions or how others react to the character. One technique that Thomas King uses is "What the character says." The mother strongly believes that she is neither Canadian nor American; she believes she is a Blackfoot and relentlessly keeps replying with the same answer when she is asked a question about her citizenship. "Citizenship

Another way that Thomas King reveals about the mother is "What other people say about the character." The mother creates chaos because she has too much pride to point out if she is Canadian or American. "Pride was a good thing to have, you know, Laetitia had a lot of pride, so did my mother" (King pg172)

One other way that King uses to reveal a character is "What the character does." Both the mother and the daughter have pride. In closing, the mother carries pride for her family, culture, and where she comes from. The mother keeps coming back to the border to still identify herself as a Blackfoot.

More summaries and resources for teaching or studying Thomas King.

Pride in Ancestry in "Borders" from BookRags. (c)2022 BookRags, Inc. All rights reserved.