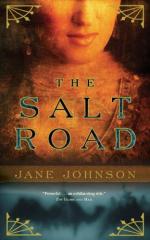 Get Separation of M-toluic Acid, Acetanilide, and NaCl from Amazon.com
View the Study Pack

This student essay consists of approximately 3 pages of analysis of Separation of M-toluic Acid, Acetanilide, and NaCl.

Summary: An overview of the results of an experiment conducted on three known compounds, M-toluic acid, acetanilide, and sodium chloride. The goal of this experiment was to successfully separate these compounds with the least amount of lost product possible, using only Lewis structures and a general knowledge of each compound.
Discussion

Overall this experiment was a success yielding 98.8% of the initial 1.34g of known compounds. Looking at Table 1 the problem of separation quickly becomes apparent, both M-Toluic Acid and Acetanilide are insoluble in water. This left two non-salts in one mixture, and what solvent to use to separate these two was the most important question as their respective melting points are also very similar. After looking at both compounds and noticing the M-Toluic Acid (Image 2) had an OH group hanging off of it next to a double bond, the H ion on the end would be susceptible to a base. But further investigation showed the large number of hydrogen atoms hanging off the Acetanilide (Image 3) and it was thought that the NaHCO3 would be strong enough to rip the Acetanilide apart.

The advantage of these compounds is they all look vastly different and telling them apart from one...

More summaries and resources for teaching or studying Sodium chloride.