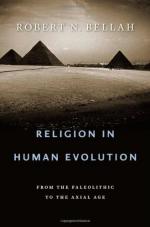 Get Human Evolution from Amazon.com
View the Study Pack

This student essay consists of approximately 4 pages of analysis of Human Evolution.

Summary: A look at how the human brain and language have evolved over time. Larger brain sizes along with language and culture distinguish humans from other animals.
Human Evolution

There are certain things that distinguish humans from apes and other animals. One thing is that fact that humans are bipedal, meaning we walk on two legs. Another thing is the reduction in size human canines and other teeth. Tools were a factor in reduced tooth size. Also, since processed foods have been developed tooth size in humans has decreased greatly. One thing that distinguishes us from other animals is our large brain size. Humans have very large brain sizes compared to their bodies; human brains are especially large in the prefrontal cortex. Two major things that distinguish us from other animals are language and culture.

There are many proofs of how humans evolved. One is the fossil record.

More summaries and resources for teaching or studying Human evolution.