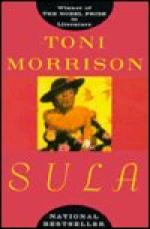 Get Racism and Sexism in "Sula" from Amazon.com
View the Study Pack
View the Lesson Plans
Related Topics
The Source of Self-Regard
Sweetness

Toni Morrison
This student essay consists of approximately 6 pages of analysis of Racism and Sexism in "Sula".

Racism and Sexism in "Sula"

Summary: The themes of racism and sexism in the novel "Sula" by Toni Morrison. Because the character of Sula defies convention and tries to break free of racist and sexist traditions, she is considered evil and is hated by her community.
"Sula"

Racism and sexism are both themes that are developed throughout the novel Sula, by Toni Morrison. The book is based around the black community of "The Bottom," which itself was established on a racist act. Later the characters in this town become racist as well. This internalized racism that develops may well be a survival tactic developed by the people over years, which still exists even at the end of the novel. The two main characters of this novel are Nel Wright and Sula Peace. They are both female characters and are often disadvantaged due to their gender. Nel and Sula are depicted as complete opposites that come together to almost complete one another through their once balanced friendship. Nel is shown to be a good character because she plays a socially acceptable role as a woman, submissive wife and mother, while Sula conforms to no social...

Racism and Sexism in "Sula" from BookRags. (c)2021 BookRags, Inc. All rights reserved.