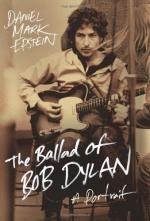 Get The Role of Music in the '60s and '70s from Amazon.com
View the Study Pack

This student essay consists of approximately 2 pages of analysis of The Role of Music in the '60s and '70s.

Summary: An overview of popular music during the 1960s and 1970s, with particular emphasis on the work of Bob Dylan. The music made during this period reflects the time of protest in the wake of the Vietnam War and other events of the period; it also focused overwhelmingly on the general theme of escape.

Throughout history music has been a method of escape from reality. It has been one of the most popular ones, because it is readily available to almost everyone. Listening to music is also a better alternative to alcohol, smoking, and gambling. The blues began as the true and original escape music during the early half of the 20th century. The music made during the 60s and 70s comes from American blues music. The 60s was a time of protest which is why many songs were made that were relevant about events such as the Vietnam War. Then in the 70s some of the greatest rock'n'roll bands were formed based on the blues music theme of escape. Although these two decades overlap in terms of music, what connects 60s music to 70s music is the overwhelming theme of escape. The music...

More summaries and resources for teaching or studying Bob Dylan.