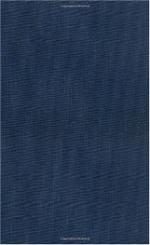 Get Theory of the "Big Bang" from Amazon.com
View the Study Pack

This student essay consists of approximately 3 pages of analysis of Theory of the "Big Bang".

Theory of the "Big Bang"

Summary: An overview of the Big Bang Theory, with evidence to support it. The theory holds that the universe emerged from an explosion of a highly dense microscopic particle containing concentrated energy.
The Big Bang Theory

The current theory of the formation of the universe is called the `Big Bang.' This theory is centred on the universe being created due to the explosion of a highly dense microscopic particle containing concentrated energy.

The vast amounts of energy and radiation released from the explosion grew to several thousand times the size of the Sun in a fraction of a second. Within the first second the blast had become swirls of intense energy and basic subatomic particles such as quarks were formed. (E = mc²) The mass continued to expand.

After 500 000 years the universe had cooled to 3 000۫K and more complex particles such as protons, neutrons and electrons were created. This led to the formation of the two simplest elements, hydrogen and helium.

More summaries and resources for teaching or studying Big Bang.

Theory of the "Big Bang" from BookRags. (c)2021 BookRags, Inc. All rights reserved.