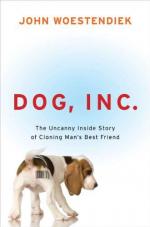 Get Cloning: A Miracle of Man? from Amazon.com
View the Study Pack

This student essay consists of approximately 4 pages of analysis of Cloning.

Cloning: A Miracle of Man?

Summary: A discussion about cloning, including what it is, how it is done, the advantages and disadvantages, and the social concerns surrounding it.
Introduction

Movies such as Alien Resurrection, Jurassic Park, The 6th Day and Star Wars seem to suggest a world where there are huge advancements in science and technology. As a result, the possibility of cloning is explored.

In 1996, a team of Scottish scientists led by Dr. Ian Wilmut made history when they successfully cloned Dolly. Dolly was the first mammal ever cloned from an adult cell. This huge breakthrough in the field of genetic engineering and biotechnology opened doors of possibility for human cloning, as well as a number of ethical issues. The creation of Dolly gave hope to many but also instilled fear in some.

Cloning is the creation of a living matter, such as a cell or an organism, that is an exact genetic copy of another. The organisms produced in cloning have the same genetic makeup.

What some may not realize is...

More summaries and resources for teaching or studying Cloning.

Cloning: A Miracle of Man? from BookRags. (c)2021 BookRags, Inc. All rights reserved.