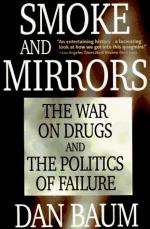 Get Drugs in the US from Amazon.com
View the Study Pack

This student essay consists of approximately 6 pages of analysis of Drugs in the US.

Drugs in the US

Summary: The 1950's through 1980's was when drugs such as marijuana, cocaine, crack and acid became popular. The government tried to stop cocaine and marijuana in the early 1900's but was not able to prevent the steady rise of distribution through the 20th century. Even though LSD was created by the government itself, it came at a crucial time on the war against drugs during the 1960's and spilled into the public, only becoming more frequently used.

Drugs in the U.S.

Although most narcotics started out legal and used by few, the drug problem in America has been rampant in the past several decades. The problem of drugs began with cocaine in the early 1900's and marijuana in the 1930's, both of which skyrocketed in popularity during the 1960's and 1970's. Cocaine was quickly taken care of by 1914 and declared a controlled substance, which actually resulted in dramatic reduction of cocaine use, but marijuana was not so easily gotten rid of. People continued to smoke marijuana despite it being illegal and its popularity only grew throughout the 20th century. As if marijuana wasn't enough for the DEA to handle, many other drugs began to spill into the public. Acid, originally created and tested by the government, found its way into the hands of Americans in the 1960's. A little later, Cocaine and crack spread...

More summaries and resources for teaching or studying War on Drugs.

Drugs in the US from BookRags. (c)2021 BookRags, Inc. All rights reserved.