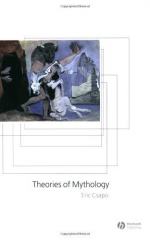 Get Achievements and Contributions of the Ancient Civilizations from Amazon.com
View the Study Pack

This student essay consists of approximately 2 pages of analysis of Achievements and Contributions of the Ancient Civilizations.

Achievements and Contributions of the Ancient Civilizations

Summary: Ancient civilizations that made significant contributions to today's modern society. the wheel, the alphabet, and government.
New ideas and inventions of ancient civilizations were important, but how they evolved and led to new and more complex ideas and inventions are imperative to our society today. There are a plethora of contributions that early civilizations have made to today's society. For instance, the Phoenicians are the originators of the alphabet that we use today in the United States. Additionally, the advances and innovations that Egypt made have greatly assisted our society. Egypt came up with a fantastic political system. Furthermore, Egypt also improved the wheel by altering it.

First and foremost, one of the greatest contributions to society is the alphabet that we use today. The Asiatics, Phoenicians, and Greeks all contributed and revised their writing systems to give us our present day alphabet. Without a way to write, we would still be using symbols and pictures to tell stories. These ancient civilizations had fantastic writing systems, and because of this, today, we also do.

In addition, Egypt's advances were particularly outstanding. Their advances in their political systems allowed the Egyptians to remain powerful for almost 4000 years. The political systems of these regions were original. The Egyptian government was the first centralized authority that is dated. This allowed them to organize huge projects such as the Great Pyramids, and to utilize the Nile River for irrigation of crops, and water for the towns. Today, we have a government that allows us to have an army, voice our opinions, and other freedoms. Without the Egyptians, our society would be ran very different.

Last but not least, the wheel was a pivotal invention in history. Egyptians improved the wheel in a way that was quite significant. They had added spokes to the wheel for stability, support, and performance. Research shows that the Egyptians used spoked wheels as far back as 2000 B.C. This idea caught on very well, there are spoked wheels from c1500 B.C. in India, and the Romans used spoked wheels on chariots and other forms of transportation. The wheel evolved into what it is today with the help of the Egyptians.

In conclusion, over time these advancements brought people into a more efficient living environment, allowing for higher population and spread of cultural, political, economic, and social ideals over large geographical areas. Without the alphabet, our government, and the wheel, I could not picture society being the same as it is today.

More summaries and resources for teaching or studying Ancient history.

Achievements and Contributions of the Ancient Civilizations from BookRags. (c)2021 BookRags, Inc. All rights reserved.