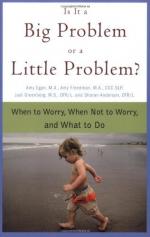 Get Sexual Harassment from Amazon.com
View the Study Pack

This student essay consists of approximately 2 pages of analysis of Sexual Harassment.

Summary: Overview of the meaning of the term sexual harassment.
Literature review.

According to Cynthia Berryman-Fank in Organizational Communication: Theory and behavior in Chapter 10/Gender Issues: Management Style, Mobility and Harassment define sexual harassment as any unwelcome sexual advance, request for sexual favors and other verbal or physical conduct of sexual nature.

It is important that anyone can become a target of harassment. Target cross gender, race, gender, education, occupation and income levels. However, research shows that the most common target of sexual harassment is a women, younger that thirty-five with a college or graduate degree. The higher a woman is in the corporate hierarchy, the more likely she is to be harassed. Harassment is more likely to occur in sex-segregated occupations and organizations (Karsten, 1994)

Research has revealed a profile of the typical harasser. Estimates reveal that fewer than 5 percent of men have sexual harassed someone (Webb, 1991). Most commonly however harasser are male, older that their targets and married. It is more common for a co-worker than a supervisor to be a harasser. Harassers frequently bother more that one person (Webb, 1991).

More summaries and resources for teaching or studying Sexual harassment.