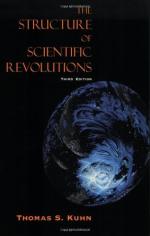 Get The Scientific Revolution: Causes, Nature, and Consequences from Amazon.com
View the Study Pack

This student essay consists of approximately 6 pages of analysis of The Scientific Revolution.

Summary: The Scientific Revolution in Europe brought humanity from its crossroads at the Renaissance into the modern world over the course of several hundred years, as it enabled people to discover the knowledge of the natural world. The following overview of the revolution includes an examination of its causes and events, the prominent minds of the time who contributed to it, the conflict between science and the religious establishment that developed, and its implications on world history.
The Scientific Revolution: Causes, Nature, and Consequences

Claud Bernard (1813-78), a great French physiologist once said, "The joy of discovery is certainly the liveliest that the mind of man can ever feel." The men of the Scientific Revolution (1500 - 1800) certainly felt this way. In the period of history following the Renaissance, people turned their attention to the natural world. They wanted to understand nature, and experience the joy of discovery for themselves. Prominent minds of the time, such as Galileo Galilei, Isaac Newton, Johannes Keplar, and Copernicus made many discoveries into the mysteries of the universe, and people began to question their old beliefs about the way things worked. The Scientific Revolution opened many doors for people to discover the knowledge of the natural world, but is also brought about conflict with the religious establishment. The Church did not like its teachings questioned, and on...

More summaries and resources for teaching or studying Scientific revolution.