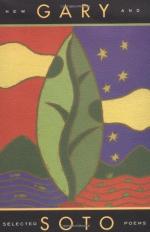 Get Gary Soto: A Career in Excellence from Amazon.com
View the Study Pack

This student essay consists of approximately 6 pages of analysis of Gary Soto.

Gary Soto: A Career in Excellence

Summary: Gary Soto, currently one of the most prominent Latino writers in America, has had a major impact on the literature of today. An examination of Soto's career and life in depth reveals his pride in his Mexican-American heritage and his strong love of writing.
Gary Soto: A Career in Excellence

Gary Soto is a Mexican - American author and poet. He grew up in a Mexican-American neighborhood in Fresno, California. His heritage is a central focus of his writing. He writes about the hardships and problems of young Mexican - Americans much like himself. He is a very successful author and poet and has led a long and diverse career. Gary Soto's long and successful career is based on solid roots and a strong love of his themes.

To accomplish anything in life, a person must first be born, and thus, Gary Soto was born on April 12, 1952, in Fresno, California to Manuel Soto and Angie Trevino. Both Manuel and Angie were born in the United States, but Gary Soto's grandparents were born in Mexico (Harris 111). Gary Soto lived with his parents, grandparents, brother Rich, and sister Debra (Still) in...

More summaries and resources for teaching or studying Gary Soto.