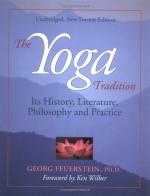 Get Postwar Literature (1945-1960) from Amazon.com
View the Study Pack

This student essay consists of approximately 3 pages of analysis of Postwar Literature (1945-1960).

Summary: A study of the social, historical, political, and religious events of the years immediately following World War II (1945-1960) in Britain and America and how these events affected the literature of the period.
The postwar era (1945-1960) was one of the most thriving years of the world especially in America and Britain. Wartime savings were fueled, constructive business conditions at all levels advanced because of the governments, and federal dollars in the form of the GI Bill, security expenditure, and highway structure.

Furthermore, it has conveyed to light an almost implausible phenomenon all through the postwar era: the nations recognize and realize one another so little that one is able to turn against the other with hatred and antipathy.

In reality, some great-civilized nations were so generally not accepted that the endeavor to revitalize their countries could in fact be made to keep it out from the civilized group of people as barbaric, even though some of them have already established their appropriateness by the outstanding contributions to their own society.

According to Anerson (1989), countries in Britain directed all of their...

More summaries and resources for teaching or studying Literature.