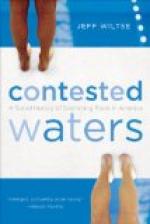 Get The Origins of Swimming from Amazon.com
View the Study Pack

This student essay consists of approximately 1 page of analysis of The Origins of Swimming.

The Origins of Swimming

Summary: Facts about the origins of swimming can be traced to early English and Australian societies, but before that, swimming is depicted in Egyptian hieroglyphics.
In this essay I will explain where swimming originated, who or what group of people got it started, and when did swimming become competitive, some swimming safety rules, some interesting swimming facts, and I Will teach you a stroke.

First, where did swimming originate? Some people say that the early English created it, some think that the people of Australia created it. Actually, the English were the first early modern civilization to start swimming. The origins of swimming started in Egypt hieroglyphics reflect the images of people swimming. Later on Romans, and the Japanese started to jump off cliffs!

As a matter of fact the Japanese Emperor Suigiu, started swimming as a competitve sport! In Rome and Greece the Romans considered swimming a very great sport, yet it wasn't included in the Olympics that they held. Strokes developed slowly, and countries are known for their grandness in a specific stroke. Europeans were vastly known for their breaststroke, as well and people in North America were known for the crawler. Frederick Cavill was the first person to create a swimming pool. He was also stunned by the way the Indians used the under stroke for speed to catch their prey. Then the sport was truned around, it was now more speed than endurance. And he also noticed the kicking action used by the Indians, thus creating more speed! Indians were great people to study, they also learned new strokes, this made the sons of Frederick famous by diving into the record books.

More summaries and resources for teaching or studying History of swimming.

The Origins of Swimming from BookRags. (c)2022 BookRags, Inc. All rights reserved.