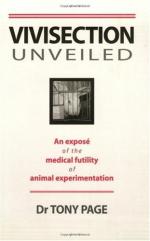 Get Pros and Cons in Animal Testing from Amazon.com
View the Study Pack

This student essay consists of approximately 12 pages of analysis of Pros and Cons in Animal Testing.

Pros and Cons in Animal Testing

Summary: This report is about the pros and cons in animal in research. I stated my views, added some backround information and stated a conclusion.
Animal Testing

The application of animals to test a large number of products from household compounds and cosmetics to Pharmaceutical products has been considered to be a normal strategy for many years. Laboratory animals are generally used in three primary fields: biomedical research, product security evaluation and education (animal experiments). It has been estimated that approximately, 20 million animals are being used for testing and are killed annually; about 15 million of them are used to test for medication and five million for other products. Reports have been generated to indicate that about 10 percent of these animals are not being administered with painkillers. The supporters of animal rights are pressurizing government agencies to inflict severe regulations on animal research. However, such emerging criticisms of painful experimentation on animals are coupled with an increasing concern over the cost it would have on the limitation of scientific progress (i.e. cures...