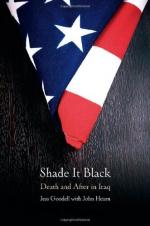 Get How Black Death Led to Change in Europe from Amazon.com
View the Study Pack

This student essay consists of approximately 3 pages of analysis of How Black Death Led to Change in Europe.

How Black Death Led to Change in Europe

Summary: During the late 1400s the Bubonic Plague, also known as the Black Death, took the lives of an estimated one-third of Europe's population, including the rich, the nobility, the clergy, and the poor. In the process, people began questioning the power of the Church, which could not provide any answers for the epidemic, and the Church began losing its influence in Europe. Europe's economy eventually saw positive effects from the epidemic, as the lower class began to sell their labor for pay and more modernized forms of government began to take shape.
During the late 1400s thousands of people were falling ill to the same sickness that would eventually take their lives. In the course of less than four years this plague, Bubonic Plague, took an estimated one-third of Europe's population. For many the Black Death was the true beginning of the Dark Ages.

Unlike other sickness it claimed the lives of the rich, noble, clergy, and poor. Nothing could be done for those struck with the plague; Families abandoned each other in fear of catching the plague themselves. Children wouldn't be seen in the streets, people hid in the sanctuary of their own homes, trying to trap out the stink of rotting bodies which laid on the streets. Church's closed their doors to people seeking God's forgiveness, knowing that the Holy Spirit couldn't save them now. People first began questioning the power of The Church, for they didn't have...

More summaries and resources for teaching or studying Black Death.

How Black Death Led to Change in Europe from BookRags. (c)2021 BookRags, Inc. All rights reserved.