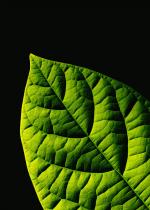 Get Botany Plant Classification from Amazon.com
View the Study Pack

This student essay consists of approximately 8 pages of analysis of Botany Plant Classification.

Summary: Classification and research of four plants that are used as in fabrics allows us to determine whether they are a valuable plant resource to society. This essay classifies plants into four categories and then analzyses their importance in society based on our need to use them.
Introduction

As well as animals plants can also be used to produce fabrics. From plants such as flax (linen) you are able to produce fibre or thread that can then be spun. Around 7000 BC is when the spinning and weaving of thread and fibre was first used. It became more common when the Egyptians used linen to wrap their mummies. They were even able to spin the flax into various weights which produced fabrics such as coarse sack cloths to fine and transparent linen. Since then many other plants have been used to produce fabrics. By selecting four plants used in fabrics and classifying them from kingdom to species and by investigating how these plants are used we will be able to determine how valuable the plant is to society.

More summaries and resources for teaching or studying Botany.