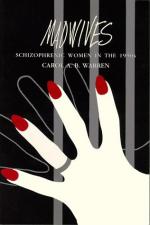 Get Women in Todays Society from Amazon.com
View the Study Pack

This student essay consists of approximately 2 pages of analysis of Women in Todays Society.

Professional female athletes don't get the same recognition as professional male athletes do. Over 40% more people go to see a men's game over a women's game. Men also get more money than women do for professional sports. In the NBA (National Basketball Association) average players make about $550 000.00 a year. In the WNBA (Women's National Basketball Association) top players make about $30 000.00 per year. In hockey, women's winning teams get around half as much as men's winning teams.

In the military, women were only recently aloud to join. Even if they get into the military they can only move up so high. Men can move up around 35% higher than women. Women are also put through easier training and aren't treated with the same respect as men. They are treated as if they can't do something and are always helped by the men. They are treated as if they are almost fake.

Women have less opportunity when it comes to jobs than men. Some times they don't even state on a resume if they are male or female which eliminates discrimination. They are finding it hard to find jobs. In some fields of work there are little or no females working for a company. At Melloul Blamey a construction company there are only 3 women, and only one works on site.

Women and men's salaries are at all the same in fact men get paid almost 60% more than women. There is no reason for this when a lot of women are smarter than men.

In the family women are thought of the maid. They are supposed to cook, clean, raise children and also act as a wife. While men go to work. Yet, about 40% of women feel like they are their husband's housekeeper and only 28% feel like his lover. When men are the stay at home dad, they are thought of a weird and different.

I think that women and men have become more equal in the last 20 years, but there is still a long way to go before men and women will be totally equal in society.

More summaries and resources for teaching or studying Feminism.