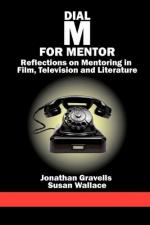 Get The Effects of Watching Too Much Television from Amazon.com
View the Study Pack

This student essay consists of approximately 2 pages of analysis of The Effects of Watching Too Much Television.

The Effects of Watching Too Much Television

Summary: A look at how people spend their free time watching television and the effects that can have on individuals.
How do you spend your free time? Spending free time has various ways. Here we talk about one of the most popular past time activities. Watching television is the most popular ways to spend free time in North America. According to latest research that University of Michigan has done, 72 percent of U.S. and Canadian high school seniors, watch TV in their leisure time. TV programs have different effects on human beings; it might be beneficial or dissatisfied. Television can increase our knowledge. For example now a day hundreds of thousand nonnative speakers use TV programs to improve their listening, expanding their vocabulary and be familiar with informal language. Children can learn many things about wild life from the tube. Discovery Channel for instance is one of the best TV channels in North America that shows different documentary motion pictures about wild life in around the world. College and school students can understand many field of study: science, medicine, the arts, and so on.

On the other hand, there are several serious disadvantages to television. The most negative problem of television might be people addiction to it. The tube can make people couch potato. Couch potato is an inactive person who spends too much time sitting watching television and eating potato chips. Sitting long time to watch television can make lots of health problems. For example after invention of TV on 1923 by Russian-American electronic engineer Vladimir K. Zworykin the rate of arteriosclerosis, obesity, heart attacks, and eyesight problems is increasing. Violence in TV programs is another problem. Children might view hundreds of murder on the boob tube and think that world is as unsafe as these programs. In one real case a kid killed his two-years-old sister with kitchen knife; when his parents and his little sister were slept. Finally depend on viewers' behavior; we can judge that use of TV is a good activity or a bad one.

More summaries and resources for teaching or studying Television.

The Effects of Watching Too Much Television from BookRags. (c)2021 BookRags, Inc. All rights reserved.