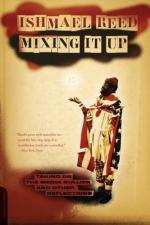 Get Mass Media's Bias in Its Presentation of the News from Amazon.com
View the Study Pack

This student essay consists of approximately 6 pages of analysis of Mass Media's Bias in Its Presentation of the News.

Mass Media's Bias in Its Presentation of the News

Summary: The mass media is not objective because it has economic, political and commerical motivations to color news content. Selectivity, deliberate omission, aesthetic bias, placement, labelling and personalization are examples of techniques used by the news media to achieve fulfill their motivations.
Discuss the methods and motivations of the mass media's bias in its presentation of the news

Ideally, the media should strive to deliver news and current affairs to the public in a fair, objective and accurate way. Unfortunately, bias, the inclination towards one side of a story, creeps in as the result of the media's own commercial, economic and political motivations. Bias is present in every type of news media including television programs, the press and radio. Corporate ownership of media outlets means that the main drive of the media is to increase profits. This leads to a great deal of commercial bias that focuses on "bad news", "aesthetics", and "local news." Business affiliations between a media source and other business entities further influence the type and angle from which the news is depicted. Bias can also be associated with conglomerate owned outlets, where the owners may abuse...

More summaries and resources for teaching or studying Mass media.

Mass Media's Bias in Its Presentation of the News from BookRags. (c)2021 BookRags, Inc. All rights reserved.