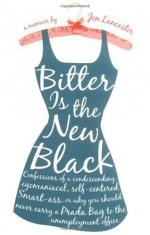 Get Economic and Social Problems Created by Unemployment from Amazon.com
View the Study Pack

This student essay consists of approximately 2 pages of analysis of Economic and Social Problems Created by Unemployment.

Summary: Unemployment, using Australia as an example, causes social and economic problems, such as lost productivity, lost output and income opportunity, loss of human capital, and lost self-esteem and dignity of workers.
Unemployment is the percentage of people in the labour force without work but actively seeking employment. Australia's rate of unemployment is around 23 year lows measuring at 5.7% in April, 2004 but structural, long-term and underemployment have risen.

Unemployment's fundamental economic cost is the opportunity cost of lost output and income. Real GDP will be lower (as it's below full employment) reducing national income, productivity along with living standards. High unemployment means there is an excess supply of jobs so employers find labour more easily and are less likely to increase wages to attract workers.

More summaries and resources for teaching or studying Unemployment.