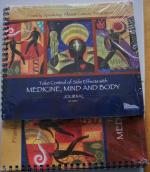 Get How Cancer Is Developed from Amazon.com
View the Study Pack

This student essay consists of approximately 2 pages of analysis of How Cancer Is Developed.

How Cancer Is Developed

Summary: While no cure exists for cancer, but scientists have learned a lot about it. Oncogenes are the underlying problem behind the development of cancer, whether the cause is genetic, viral, or environmental. From this knowledge and continued scientific research, a cure hopefully will be found.
Cancer

Cancer is a horrible disease to which no cure has been found and it continues to consume the lives of millions.

Cancer comes from genetic changes in the cell cycle such as a mutation of a somatic cell. Cancer can also be caused from environmental factors like chemical carcinogens, or physical mutagens like x-rays, or viruses.

The underlying problem is due to oncogenes. An oncogene is a gene found in viruses or as a part of the normal genome that triggers cancer. However, at first a gene is a proto-oncogene, which is a normal gene until influenced by an oncogene, which can happen in three ways. The first way a proto-oncogene can become an oncogene is if a proto-oncogene happens to be adjacent to an active promoter, which increases gene transcription. An active promoter may also cause an increase in gene expression once the gene or promoter...

More summaries and resources for teaching or studying Cancer.

How Cancer Is Developed from BookRags. (c)2021 BookRags, Inc. All rights reserved.