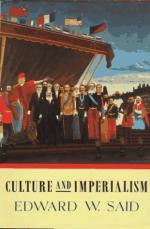 Get Views of European Imperialism from 1880 to 1914 from Amazon.com
View the Study Pack

This student essay consists of approximately 2 pages of analysis of Views of European Imperialism from 1880 to 1914.

Summary: Supporting and opposing voices of European imperialism leading up to World War I.
Between 1880 and 1914, European nations scrambled for political as well as economic control over foreign nations, which led to new tensions among competing European states and wars with nonEuropean powers. During this imperialism craze, two different viewpoints emerged on the matter.

Many developed strong opposition to imperialism, condemning it for either moral reasons or economical reasons. J.A. Hobson put forth the argument that this imperialism was a direct result of capitalism and that only a select few, the special interests groups, benefited from possessing these colonies. Those with moral opposition often argued against Social Darwinism, and against the government's dual nature. This dual nature was basically that the colonies were treated with discrimination and a dictatorship, while those in the parenting country were treated with liberty and equality. Those within the colony were opposed out of obvious reasons. They were militarily controlled and had no choice. They were also being robbed of their culture, and having it replaced by the Western culture, which angered them. Many anti-imperialist leaders also tried to use Western culture in defense, especially focusing on liberalism and nationalism.

Those for imperialism claimed that the natives were an inferior race, and they just wanted to educate them and teach them the western way, while actually milking them for all they had. Pro-imperialists were in it for the money and the politics. Ironically, it ended up that the colonies did not gain the parenting countries all that much, since they were too poor to buy much. It did, however open up trade quite a bit. There were also political and diplomatic factors there to encourage nationalism, such as the common belief that colonies were key to a successful and powerful nation. Colonies were also believed to be crucial for national security, military power, and international prestige. Nationalism, racism, and Social Darwinism also contributed greatly to the "need" for colonization. Rudyard Kipling brought about the idea of a "white man's burden," or an obligation to educate all who were uncivilized, and teach them the Western way.

Of these two opposing viewpoints, the latter was more common amongst the parent-countries, and the former more common in the colonies, for obvious reasons. These arguments, brought on by the sudden power craze, would both shape the future of imperialism.