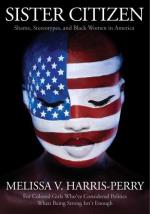 Get The Role of Women Throughout History from Amazon.com
View the Study Pack

This student essay consists of approximately 3 pages of analysis of The Role of Women Throughout History.

The Role of Women Throughout History

Summary: How women's roles have changed from the past to the present.

No matter how the world changes, no matter what country and social system people live, no one can deny women's importance in history. But it doesn't mean that women are always treated well and fairly, and the women' role in history was changed in each period, too.

At first, in primitive society, people proved that it was the time when women took the domination in family and in society. The reasons were that fruit and vegetable was the major food in this period and "the finding food"work was performed by women mostly. After the most original society, when people found out how to use fire, make stone-tool..., women weren't as powerful as before but they also did not have an inferior position in comparatively with men.

After the primitive period, women were always believed to be weaker than men, they were not allowed to...

More summaries and resources for teaching or studying Gender role.

The Role of Women Throughout History from BookRags. (c)2022 BookRags, Inc. All rights reserved.