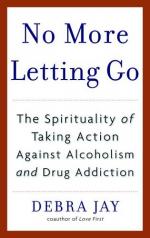 Get "The Addicted Brain" by Eric J. Nestler and Robert C. Malenka from Amazon.com
View the Study Pack

This student essay consists of approximately 3 pages of analysis of "The Addicted Brain" by Eric J. Nestler and Robert C. Malenka.

Summary: Our understanding of drug use and addiction is greater now than it was in the past, but much is still unknown. In their article "The Addicted Brain," published in Scientific American, Eric J. Nestler and Robert C. Malenka discuss the intricacies of drug addiction and the obstacles associated with both quitting a drug addiction and finding a cure for it.

For a person who has never used drugs, it is hard for them to understand why someone would want to use drugs in the first place. A person who has used some type of drug will tell you that the high that you get while you are drugged is one of the best feelings in the world to them. For that moment that they are drugged, nothing else matters. They have no problems, no worries, and no responsibilities. It's only after the high wears off that reality comes and hits them hard.

More summaries and resources for teaching or studying Drug addiction.