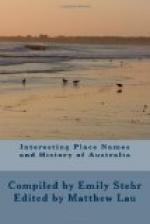 Get Technology in 1950's Australia from Amazon.com
View the Study Pack

This student essay consists of approximately 3 pages of analysis of Technology in 1950's Australia.

Summary: The state of technology, food, transportation and health in 1950's Australia.
Technology

§ Television commenced in Australia in September 1956. The first telecast was from Sydney. Very few people had television sets and crowds gathered on footpaths outside shop windows to gaze at the shows. In Melbourne during the Olympic Games, lucky friends of television owners were invited to partied to feast their eyes on events at the Games. The television became a powerful form of communication. Although television sets were initially expensive, many people bought sets on hire purchase; not only to obtain information, but also for entertainment purposes. Television pictures were in black and white until 1975, when colour was introduced to Australia

There were warnings about television, and community thought that it would be a set back to culture, books would not be read and children's development would be affected. Others saw the value of television as it could provide information about people, places and issues. They believed...

More summaries and resources for teaching or studying History of Australia.