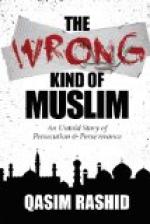 Get Muslim Accomplishments from Amazon.com
View the Study Pack

This student essay consists of approximately 3 pages of analysis of Muslim Accomplishments.

Summary: Muslim scholars have made tremendous contributions to humankind in science, medicine, mathematics, astronomy, literature, and the arts. Relying on scientific observation and experimentation, as opposed to the traditional Greek method of logical reasoning, Muslim scientists made great advances. Their work on the lunar calendar, trigonometry to calculate locations, and the skies made it easier for Muslims to fast during Ramadan, perform the hajj, and pray towards Mecca. And Muslim self-expression through such means as poetry, calligraphy, woodwork, and ceramics celebrated love, generosity, bravery, and hospitality.
Muslims contributed to cultural innovation by preserving the traditions of many people and advancing learning in a variety of areas. They supported scientists, mathematicians, and philosophers to continue their studies. These scholars developed the standard techniques for research that we use as basic methods of today's research. Some Muslim scholars even incorporated Greek ideas into their own work in completely new ways. They made numerous advances in medicine, mathematics, science, astronomy, arts and literature. These advances helped others with their daily life .

Muslim scholars made many advances in science and mathematics. Muslims studied and translated Greek text but did not follow the Greek method of solving problems. Unlike the Greeks who preferred logical reasoning over observation, Muslims scientists preferred to solve problems by conducting experiments in laboratory settings. Therefore, Muslim scientists relied on scientific observation and experimentation. When it came to the area of mathematics, a mathematician named...

More summaries and resources for teaching or studying Muslim.