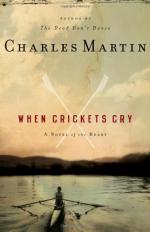 Get Cricket from Amazon.com
View the Study Pack

This student essay consists of approximately 3 pages of analysis of Cricket.

Summary: The game of cricket has been played in England since the 13th century. This essay outlines how cricket is played, including the rules of play, the equipment used, and the safety precautions taken.
Cricket

About 500 years ago, a group of Englishmen began playing a little game using a bat, a ball, and a few sticks with pieces of wood on top of them. Little did they know that in a few short centuries, this little game would become the 3rd most popular sport ever.

Cricket is a widely known sport today that originated in England and was invented and first played by an unknown group of Englishmen sometime around the 13th century. Today, the only sports more popular than cricket are soccer and basketball. This game was not played in the United States at first, though. The first arrival of cricket to the United States occurred in the early 18th century. Only minor changes have been made to this game since its invention, such as the exact equipment used for playing the official game.

More summaries and resources for teaching or studying Cricket.