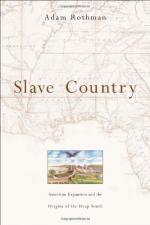 Get Westward Expansion and Those It Affected from Amazon.com
View the Study Pack

This student essay consists of approximately 2 pages of analysis of Westward Expansion and Those It Affected.

Westward Expansion and Those It Affected

Summary: The westward expansion of the United States negatively affected the Native American and Mexican American inhabitants of the West. Both encountered the outright taking of land by Anglo-American newcomers, and both fought losing battles in an effort to maintain their land, their rights, and their social standing.
America was expanding at such a rapid pace that those who were in America before us had no time to anticipate what was happening. This change in lifestyle affected not only Americans but everyone who lived in the land. Changing traditions, the get rich quick idea and other things were the leading causes of westward expansion. But whatever happened to those who were caught in the middle, those who were here before us"

One of those many whom roamed the land before Americans decided that they owned were the Native Americans. Many tribes had reigning governments and tribal counsels also a way of life. With westward expansion brought changes. Many Americans were killing their live stock, the food which they ate, also Americans were settling more and more on the Indians lands. In time Indians began to fight back and take what had been theirs. Once this happened...

More summaries and resources for teaching or studying Territorial acquisitions of the United States.

Westward Expansion and Those It Affected from BookRags. (c)2021 BookRags, Inc. All rights reserved.