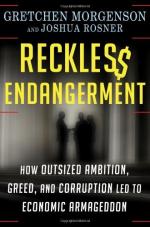 Get Capitalism and Democracy from Amazon.com
View the Study Pack

This student essay consists of approximately 2 pages of analysis of Capitalism and Democracy.

Summary: Some argue that a democracy needs capitalism to move one. Others state that a strong capitalist economy can move a government away from democracy because the government will make more laws to control businesses.

"Capitalism and Democracy" is about the symbiotic relationship between the two -- one supports the other. Many say that democracy supports capitalism. However, there are also those that argue that a true democracy can not have capitalism. There is much ambivalence on the connection of capitalism to democracy and vice versa.

In the 1940s, Joseph Schumpeter stated that capitalism, socialism, and democracy are all very problematic. He believed that socialism had a better future than capitalism. However, his idea of socialism wasn't modeled after that of the Soviets.

Robert A. Dahl, an American democratic theorist, states that "it is an historical fact that modern democratic institutions...have existed only in countries with predominantly privately owned, market-oriented economies or capitalism..." He also said that capitalist countries do not necessarily have a democratic government; for some have authoritarian dictatorships. Peter Berger wrote in "The Capitalist Revolution" that "capitalism is a necessary but not sufficient condition of democracy under modern conditions." He also said that the more a capitalist economy is state controlled then a democratic governance would be impossible. Also, a socialist government can turn democratic is it has a growing capitalist economy.

There are many types of democracies. One is a welfare state; it takes some money from the haves and gives to the have-nots, this is called democratic welfare capitalism since it has a capitalist economy. Also, these democracies would then have too much control. It will break down monopolies, even though a monopoly represents a free-market.

Some can argue that a democracy needs capitalism to move one. Others state that a strong capitalist economy can move a government away from democracy because the government will make more laws to control businesses. One thing can be certain, that is there are many types of democracies and every one of them is affected by capitalism in a different way.

More summaries and resources for teaching or studying Capitalism.