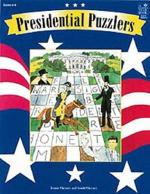 Get Characteristics of an American Leader from Amazon.com
View the Study Pack

This student essay consists of approximately 2 pages of analysis of Characteristics of an American Leader.

Characteristics of an American Leader

Loyalty is "the quality of a firm and not changing friendship with or support for a person of an organization, or in your belief in your principles." A president must be loyal with other countries that are allies with the United States to keep strength during hard times such as war. The president also must be loyal to the people by not changing beliefs in their principles. By changing their principles many people are less likely to believe in them.

Honesty is "truthful or able to be trusted and not likely to steal, cheat or lie." The leader also has to represent these characteristics. They must be trustworthy to the people. They cannot lie or mislead the people because the people will not tolerate them and will not elect them. They also must be honest to other countries to keep alliances. Without the alliances the country would be weak. They also must not lie or cheat because they are setting an example of America and would make the country look bad.

Wisdom is "the ability to use your knowledge and experience to make good decisions and judgements." A president must be knowledgeable about every area in his job. He must have proper knowledge to be able to make decisions that will help the country. They must be organized and prepared to lead the country through many different events. They must have the proper speaking skills to address the country.

More summaries and resources for teaching or studying President of the United States.

Characteristics of an American Leader from BookRags. (c)2022 BookRags, Inc. All rights reserved.