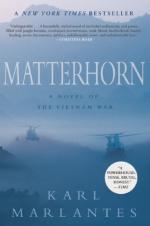 Get Vietnam War from Amazon.com
View the Study Pack

This student essay consists of approximately 3 pages of analysis of Vietnam War.

Summary: Explores the history of U.S. involvement in the Vietnam War.Explains the domino theory as it applies to communism in Southeast Asia. Describes how the U.S government therefore helped to create an anti-communist South Vietnam government.
Vietnam war was also known as the second Indochina war, military struggled fought in Vietnam from 1959 to 1975 involving the North Vietnamese and the National Liberation front in conflict with U.S force and the South Vietnamese army.

The U.S became involved in Vietnam because America policy believed that if the entire country fell under a Communist government, communist would spread throughout Southeast Asia. This belief was known as domino theory. The U.S government therefore helped to create an anti-communist South Vietnam government

Diem represented the interest of urban, catholic minority in South Vietnam, although he found some support in the countryside among non-Communist, he did not enjoy a broad base of support because even though he was rich he was not famous.

The U.S drafts had been in place virtually without interruption since the end of WWII. When the Vietnam War escalated, more draftees were...

More summaries and resources for teaching or studying Vietnam War.