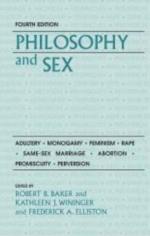 Get Why Ban on Gay Marriage is Wrong from Amazon.com
View the Study Pack

This student essay consists of approximately 2 pages of analysis of Why Ban on Gay Marriage is Wrong.

Why Ban on Gay Marriage is Wrong

Summary: This essay makes the argument for gay rights, including the right to be openly homosexual, gay marriage and parenting issues. Political, ethical and humanistic points are examined.
Amending the constitution to ban a minority's rights based on religious dogma is not only wrong, but an utter bastardization of the secular state.

Did you choose your sexual orientation? Most psychologists today consider sexual orientation as neither willfully chosen nor willfully changed. It's genetic. Researcher Simon LeVay discovered this in a 1991 study of deceased brains from both heterosexual and homosexual males and females. This blind study allowed LeVay access to nothing but the unlabelled brains. After 9 months of objective research and recordings, LeVay unblended the experiment and discovered that cell clusters in the hypothalamus are reliably larger in homosexual males and females than in heterosexual males. Similar research conducted years later Laura Allen and Roger Gorski discovered a section of fibers connecting right and left hemispheres is one-third larger in homosexual men than in heterosexual men. Genetic influence plays an incontrovertible role.

More summaries and resources for teaching or studying Same-sex marriage.

Why Ban on Gay Marriage is Wrong from BookRags. (c)2022 BookRags, Inc. All rights reserved.