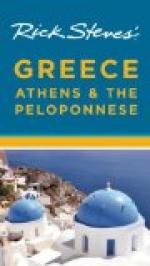 Get Athens vs. Sparta from Amazon.com
View the Study Pack

This student essay consists of approximately 1 page of analysis of Athens vs. Sparta.

Summary: A short comparison of Athens and Sparta, two ancient city-states that represented opposite poles in terms of social and political development.
Athens and Sparta

Sparta and Athens represent opposite poles of the social and political development of the Greek city-state. Between the two, there were similarities and differences. Each city-state is different, but they have more in common than one may think. The differences between Athens and Sparta are easily accounted for.

To begin with, Sparta's laws bid them to not flee from war when in trouble, but stand their ground and die by the enemy, or defeat them. Only the fittest and best warriors survived. Social evolution was caused by this. Everybody had to grow up, and be ready to be a warrior and defend Sparta when needed. Subsequently, Athenian children played games like tug of was, hide and seek, and blind man's bluff. At seven years old, boys went to school, and girls stayed at home with their mothers. Sparta and Athens have a different culture. Therefore, the populations of the two city-states had different backgrounds.

Additionally, there are some similarities between Athens and Sparta. For instance, both city-states have a democracy based on a large number of merit. Also, the city states shared a common religion. If their workers slacked off or took a break, they were beat, killed, etc.

The Spartans were known as the tougher of the two, and took war more seriously. For example, "Spartan code produced good soldiers and nothing more that it made vigor of body a graceless brutality because it killed nearly all capacity for the things of the mind..." All in all, Athens and Sparta are different and similar to each other.

More summaries and resources for teaching or studying Athens.