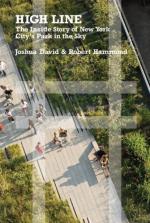 Get New York City vs. Los Angeles from Amazon.com
View the Study Pack

This student essay consists of approximately 2 pages of analysis of New York City vs. Los Angeles.

For many years now, there has been an ongoing comparison of Los Angeles, California and New York City, New York. In some ways, these two major cities are very similar. Yet there are many aspects that set them apart from each other. Let us explore some of these differences and similarities.

First of all, both of these places are essential American cities. Apart from being American, they are also among the few cities that can truly be called "global." They both sprung up from nearly barren landscapes in their history. Both cities are home to a very diverse range of cultures. The architecture of these two cities is also quite similar. Due to the many earthquake threats in Los Angeles, the skyline has been transformed into a kind of New York West.

Although they sound so similar, there are many factors that set these cities apart, beginning with the population. Even though L.A. has a population of 3,694,820 people and sounds enormous, it is no match for New York's 8,168,388 inhabitants. Within these eight million people, there are immigrants from over 180 different countries, making New York City one of the most cosmopolitan places on earth. New York is also home to some of the tallest buildings in the world, and has been so for the past ten years. This difference is partly because of Los Angeles's large earthquake problem. Whatever the fact may be, it is not safe to say that New York City is more developed than Los Angeles. For although it's structure and culture is less diverse, L.A. is still young and has many years ahead of it. It will be intresting to see what new developments this city has to offer, and perhaps these ongoing comparisons will one day have much more do discuss.