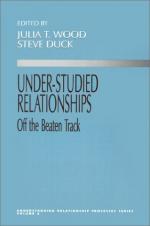 Get What Is Psychology? from Amazon.com
View the Study Pack

This student essay consists of approximately 2 pages of analysis of What Is Psychology?.

Behavior is any observable action or reaction of living organisms. There are many levels of behavior that is studied in psychology. Some psychologists concentrate on the behavior that at a high level like having aggression or being prejudice. There are four main characteristics needed to be an observable behavior, which are: the organism itself, motivation, knowledge, and competence. Behavior cannot be studied without the organism there in body. Also, motivation must be in place for the study of behavior because it is an immediate cause of a behavior. Knowledge is something that the organism already knows. In order to examine it, you need to understand the environment and what he/she/it knows, thinks, and remembers. The last factor to understand behavior is competence, which has to do with the organism's skills and abilities.

Psychology has been studied for hundreds and hundreds of years and is still hard to grasp. You need a great deal of understanding many of the scientific fields. You have to be very aware of your surroundings and what you are dealing with.

More summaries and resources for teaching or studying Psychology.

What Is Psychology? from BookRags. (c)2022 BookRags, Inc. All rights reserved.