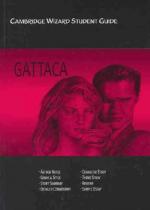 Get Gattica - Suffering Under the Burden of Perfection from Amazon.com
View the Study Pack

This student essay consists of approximately 4 pages of analysis of Gattica.

Gattica - Suffering Under the Burden of Perfection

Summary: The theme in the movie Gattaca, "suffering under the burden of perfection" plays a key role for Anton and Jerome. They suffer under this burden in a way in which they have genetically advanced systems almost like a machine, they were hand made by doctors, given the traits and abilities the parents wanted.
Suffering Under the Burden of Perfection

Suffering under the burden of perfection is something people go through when they believe that they are perfect, or are told that they are. When these so called true facts are drilled into an individuals mind, they tend to believe it, and reject any other distractions that may lead them to believe that they are imperfect. The people in the movie, both God children and In-Vitro's suffer under this burden. Through out the movie it expresses many examples of different people suffering from the same burden as well as a different one. For example, Anton and Jerome both In-Vitro suffer under the burden of perfection and Vincent a God child, is on the opposite side of the spectrum, who suffers under the burden of imperfection. Both of these burdens are completely different but at the same token completely the same.

More summaries and resources for teaching or studying Gattaca.

Gattica - Suffering Under the Burden of Perfection from BookRags. (c)2021 BookRags, Inc. All rights reserved.