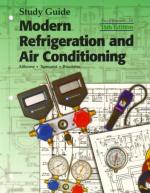 Get Air Conditioner: A "Cool" Invention from Amazon.com
View the Study Pack

This student essay consists of approximately 2 pages of analysis of Air Conditioner.

Summary: An synopsis of the engineering behind air conditioning, arguably the most important machinery to many people around the world.
The Air-Conditioner: A "Cool" Discovery

Imagine a student, sitting in class. He stayed up until 1 a.m. finishing a very confusing lab assignment he still doesn't understand and can't help but doze off while the teacher is talking. The teacher notices the droopy eyes mid-lecture and walks to the all-powerful device known as the air conditioner. With a flick of a hand, the air conditioner roars to life, blowing out so much cold air it slaps the poor student into full consciousness. The student can not help but wonder who invented such a powerful and machine and how so much cold air can be blown into such a large room.

Basically, an air conditioner is like a refrigerator. It uses the evaporation of a refrigerant, such as Freon, into a gas. An air conditioner has two sets of coils, one for the hot Freon gas and the other for the cool Freon gas. Usually in a school's air conditioning system, the hot gas coils are outside in a condensing unit, while the cool gas coils are inside the building. A compressor compresses the cool gas into hot gas, which passes through the coils and cools into a liquid. This liquid runs through a valve (known as an expansion valve), which turns the liquid into cold gas. The cold gas passes through the second set of coils which allows the Freon gas to absorb the heat and cool the air inside the building.

More summaries and resources for teaching or studying Air conditioning.