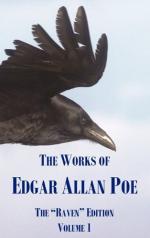 Get Similarities Frequently Overlooked from Amazon.com
View the Study Pack

This student essay consists of approximately 2 pages of analysis of Similarities Frequently Overlooked.

Edgar Allen Poe interweaves dark romantic imagery in both of these writings. His descriptions are incredibly vivid and allow readers to clearly envision the occurrences. With such detail, an individual's mind is awestruck by such creativity and imagination.

Lastly, Poe links the two pieces of writing by theme. "Annabel Lee" and "The Raven" both have loneliness, alienation, and melancholy as a part of their theme. Edgar A. Poe demonstrates that sentiments are linked to themes also by fatality.

In conclusion, Edgar Allen Poe chooses certain episodes in his lifetime to create a masterpiece of literature. Specific fears and fascinations can be connected to happenings in his life. As in many stories, such as "The Raven" and "Annabel Lee," death of a loved one has a substantial role when composing.