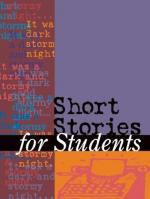 Get Blues Ain't No Mocking Bird... by Toni Cade Bambara from Amazon.com
View the Study Pack

This student essay consists of approximately 2 pages of analysis of Blues Ain't No Mocking Bird... by Toni Cade Bambara.

Summary: In the story "Blues ain´t no Mockin Bird", by Toni Cade Bambara, the theme of racism and privacy are the most important.
Plot:

The plot of "Blues Ain´t no Mockin Bird" by Toni Cade Bambara is important because it talks about reality. How People can be racists and disrespect other's privacy. It seems this problem was bigger in 1955, the time were the story is developed. It all begins when the twin boys from next door are playing, the narrator and her cousin, Cathy, are dancing on frozen water, and grandma is on the back porch. Since early, two men have been making films and taking pictures to the house and them. Even when the granny tells them to get out of the place, they keep taking pictures and saying it is for the council. Until, Grandpa Cain comes back from hunting. He intimidates them and takes the camera and breaks it in two.

In the story "Blues ain´t no Mocking Bird", by Toni Bambara, grandpa Cain...

More summaries and resources for teaching or studying Blues Ain't No Mockin Bird.