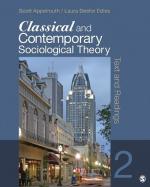 Get Sociology Research into Father-Daughter Relationships from Amazon.com
View the Study Pack

This student essay consists of approximately 9 pages of analysis of Sociology Research into Father-Daughter Relationships.

Research over the years has emphasized the role family has upon children within a family system. The role a mother plays for her children has been researched continuously for decades, often neglecting the impact of the father. With this lack of knowledge surrounding a father's paternal responsibilities and implications as a nurturer, it is important to examine the consequences of their actions on their children's future. Recently, research has begun to include the father's role, in particular to their daughter and features they look for in their romantic counterparts. If this research were to establish that young girls follow their father's prototype when choosing a romantic partner, parenting styles may change and fathers might become more involved. More importantly, fathers would know their role as not just the provider for material things but for emotional and psychological stability. Father daughter relationships are an important...

More summaries and resources for teaching or studying Sociology.