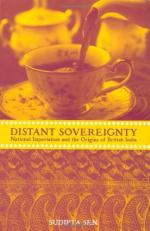 Get British Imperialism in India from Amazon.com
View the Study Pack

This student essay consists of approximately 4 pages of analysis of British Imperialism in India.

Summary: From 1640 until its independence in 1949, India was ruled by two periods of British imperialism, first through the British East India Company and later through direct control by the British government. These periods of imperialism resulted in many changes in Indian culture and economy that forever changed India's destiny. While the British implemented many changes that appeared to help the Indian natives, such changes were intended to help only the British colonists in India, and they left the natives with feelings of inferiority.
British Imperialism in India

Throughout history, many nations have implemented imperialism to enforce their will over others mainly for capitol or capitol related schemes. India was no exception. Since its discovery, Europeans were trying get a piece of India's "action." In many cases England was the imperial, or mother country. Since India was put under imperialism many things changed, some for the good, mostly though for the bad. Between 1640 and 1949, India was ruled by two periods of imperialism, both of which affected India profoundly.

The first period of European control was between 1740 and 1858. During this period the British East India Company controlled the Indian sub-continent under the guise of economic imperialism, when in fact the manipulation of Indian affairs was much more political than let on. When it was founded in 1600 by

Queen Elizabeth I, the East India Company's purpose initially was to take control of the Indonesian...

More summaries and resources for teaching or studying British India.