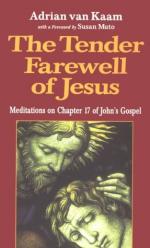 Get Meditation 17 from Amazon.com
View the Study Pack

This student essay consists of approximately 2 pages of analysis of Meditation 17.

Summary: Meditation 17 - by John Donne Death
In Meditation 17, by John Donne, church bells are used as a metaphor of death. When death occurs, the bells ring and everyone thinks how much better they are than the dead person who actually had become closer to God. Also, the bell serves as a life-clock throughout the time of each person. Each time the bell rings, it marks another period in one's life gone. In a way the "last bell ring" might be the easiest as opposed to all the others.

Metaphors for death are used frequently in this one and a half page story. When Donne refers to chapters and books, he is referring to the community and one death. The community is being portrayed as the book and a person as a chapter. Donne deems that one death, no matter how close to you, whether a noble or a peasant is a big blow to the community. It is as if a chapter is ripped out of a book. The rest of the book won't work without that chapter.

The metaphor of the continent/island is that everyone is together. That no one is by themselves. The washed away clod represents a person who becomes washed away from everyone else as in death. Even if it's a noble, a poor man, or even a family member it's like a part of the continent has been washed off to become an island. Donne feels that everyone's death is equally important. "Diminished" is the word he uses to describe the feeling he gets when he doesn't know who the bell tolls for.

It seems to me that my opinions are much different than that of John Donne's. I feel that although we all are a book, what gets ripped out is a bit different in my opinion. If someone who you don't know dies, it's as if a big paragraph gets ripped out, but if someone close dies, it's more like a few chapters being ripped out because it definitely affects your life more.

More summaries and resources for teaching or studying Meditation 17.