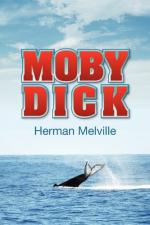 Get Moby Dick: Was Ahab a Madman? from Amazon.com
View the Study Pack
View the Lesson Plans
Related Topics
The Maldive Shark

Moby Dick: Was Ahab a Madman?

Summary: Some may believe Ahab in Herman Melville's novel Moby Dick was a simple sailor who hunted whales for a living and lost his leg for doing nothing. However, it is obvious that Ahab acted as a crazy man obsessed with seeking revenge on Moby Dick, who acted only to defend itself.
Author: Jean Paul Nery

Ahab was a madman obsessed with his own personal revenge.

Was Ahab a madman obsessed with his own personal revenge, or was he a noble man against the evil universe? You will probably think about the latter opinion. He was a simple sailor who was hunting whales just as other men did. He was only working to eat and to earn money for living. He behaved as a normal human being and received a terrible attack, lost his leg, for doing nothing. It wasn't his madness, it was the hated Earth. But this is a wrong concept. Although he wasn't doing any thing wrong, he himself was attacking the whale. The whale only defended itself. He acted as a crazy man, risked the entire crew to death and only thought about his revenge. Ahab was a madman obsessed with his own personal revenge.

More summaries and resources for teaching or studying Moby-Dick.