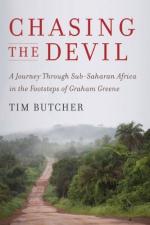 Get Discussion about a Little Place Off the Edgeware Road from Amazon.com
View the Study Pack

This student essay consists of approximately 2 pages of analysis of Discussion about a Little Place Off the Edgeware Road.

Discussion about a Little Place Off the Edgeware Road

Plot of the story

We meet a character called Craven who has a recurrent nightmare in which all the dead people walked in and out of each other's grave. He goes to the cinema where a man sits next to him and starts talking rubbish.

Craven thinks that the man is boasting that he is the murderer who was recently in the news. The stranger's hands are "damp and sticky" and leave a smear of blood on Cravens hands. So Craven does the most sensible thing he can think of and informs the police. However, they tell him that the murderer has already been apprehended. It is the body of the victim that has not yet been found. Suddenly he remembers that when the small man sitting next to him in the cinema theatre spoke to him, "he sprayed him with damp breath."

Craven now looks at his face in the mirror and realises that "his own face is sprinkled by tiny drops of blood." To his horror he realised that the stranger is not the murderer but the victim. At this point Craven goes berserk, screaming the he won't go mad. But we know that he already has.

We can see that these themes are observable throughout the novel. We can see that the main character, Craven, is obsessed about the human body's impurity, with this same obsession ending up in insanity. Throughout the novel, the author gives us a sense of fear, which is then amplified by the truth, revealed at the end, the killer was caught, but the victim's body had not yet been found.

In this novel, the author tells us the story using the third person narrator. Knowing which type of narrator is being used is important because it is like getting to know who is telling us the story. Therefore the author and the story-teller will not be confused.

More summaries and resources for teaching or studying Graham Greene.

Discussion about a Little Place Off the Edgeware Road from BookRags. (c)2021 BookRags, Inc. All rights reserved.