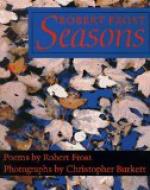 Get Relief, Recovery, & Regulation - the New Deal from Amazon.com
View the Study Pack

This student essay consists of approximately 6 pages of analysis of Relief, Recovery, & Regulation - the New Deal.

Summary: A description of measures the FDR administration took to battle the depression and their effectiveness.

When Franklin personally addressed the Democratic Party Convention to accept the nomination, he was the first candidate to do so and thus received a lot of attention. These were the words from the acceptance speech that set the tone for his campaign and his administration:

"I pledge you, I pledge myself, to a new deal for the American people. Let us all here assembled constitute ourselves prophets of a new order of competence and of courage. This is more than a political campaign; it is a call to arms. Give me your help, not to win votes alone, but to win in this crusade to restore America to its own people." 1

These words might have been just platitudes, uttered by another progressive candidate who would have altered the relationship between the Government, business and citizens incrementally.

I had always thought that the above paragraph well...

Relief, Recovery, & Regulation - the New Deal from Gale. ©2005-2006 Thomson Gale, a part of the Thomson Corporation. All rights reserved.